ICNMC aims to bring together researchers, scientists, engineers, and scholar students to exchange and share their experiences, new ideas, and research results about all aspects of Music Studies, and discuss the practical challenges encountered and the solutions adopted.

Xavier Serra is a Professor of the Department of Information and Communication Technologies and Director of the Music Technology Group at the Universitat Pompeu Fabra in Barcelona. After a multidisciplinary academic education, he obtained a PhD in Computer Music from Stanford University in 1989 with a dissertation on the spectral processing of musical sounds that is considered a key reference in the field. His research interests cover the computational analysis, description, and synthesis of sound and music signals, with a balance between basic and applied research and approaches from both scientific/technological and humanistic/artistic disciplines. Dr. Serra is very active in the fields of Audio Signal Processing, Sound and Music Computing, Music Information Retrieval and Computational Musicology at the local and international levels, being involved in the editorial board of a number of journals and conferences and giving lectures on current and future challenges of these fields. He was awarded an Advanced Grant from the European Research Council to carry out the project CompMusic aimed at promoting multicultural approaches in music information research.

Dr Anna Jordanous is a senior lecturer in the School of Computing at the University of Kent. She is a member of the Computational Intelligence and Data Science research groups. Her research areas include computational creativity and its evaluation, music informatics, digital humanities, knowledge modelling, Semantic Web, and natural language processing. Primarily she works with computational creativity - the modelling, simulation or replication of creative activities and behaviour using computational means - with a focus on the question of how to evaluate claims of computer software being creative. As well as writing creative software to improvise music, Dr Jordanous has contributed a highly-cited standardised procedure for evaluating creative systems. She also uses music information retrieval and natural language processing in her work.

I am a music theorist and composer specialising in computational methods for understanding musical structure. My research develops computer-aided methods to advance what we know about (a wide range of) musical structures, what we can do with that knowledge, and who can access it. Central to much of this is the encoding of human analyses in computer-readable formats. Please see below for links to publications and (open source) code and datasets.
Composition highlights include broadcasts on BBC Radio 3 and national Chinese television, and the debut CD of my compositions – ‘Utrumne est Ornatum’ (REGCD485) – which attracted 5-star reviews.
Earlier in my career, I was a highly active as a performer (singer, multi-instrumentalist, and conductor). Highlights included conducting principal players of the London Symphony Orchestra and Philharmonia Orchestra in contemporary music projects.
I am a committed collaborator, regularly working with students and scholars around the world. Prospective students and collaborators are welcome to reach out at any time.

Elena Georgieva is a PhD student at NYU's Music and Audio Research Lab (MARL) working with Dr. Pablo Ripollés and Dr. Brian McFee. Before coming to NYU, Elena taught sound recording at Stanford University's Center for Computer Research in Music and Acoustics (CCRMA), where she received her master’s degree in 2019. At MARL, Elena works on human-centered MIR research with the MIR group and the Ripollés lab. So far, she has worked on projects related to hit song science, sound recording, vocal expression, computer music, and EEG. Elena has presented her work at the annual ISMIR, ICML, and NIME conferences, as well as at several universities and tech companies. In music, Elena is a singer and vocal producer and performs with several vocal groups. She also holds a Bachelor of Science degree from UCLA in Cognitive Science. . 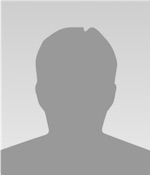